The Nigerian Bar Association (NBA) has instructed lawyers in Nigeria to boycott all courts for two days.

This was made known in a statement issued by the body after its National Executive Council (NEC) meeting in Abuja on Monday, January 28, 2019.

According to NBA, the decision to boycott courts is based on the what it termed the unconstitutional suspension of the Chief Justice of Nigeria (CJN), Justice Walter Onnoghen.

Daily Post reports that NBA also issued a resolution after its meeting. Read the four-point resolution below:

1. NBA Condemns in strong terms the Unconstitutional Suspension of the CJN.

2. NEC resolved that Members should boycott all Courts for the next 2 days starting from tomorrow the 29th to 31st of January, 2019.

ALSO READ  My radio days are over, for now' - OAP Sensei Uche announces his exit from Hot FM

3. NEC Ratified the Constitution of a 3 Man Committee (which may be expanded) made up of Former Presidents Olanikpeku, A. B. Mahmood and President Paul Usoro to interface on the issue.

4. NEC adopted and ratified all actions and statements earlier issued by the President on the Prosecution and Suspension of the CJN.

Also speaking on the body’s decision, the NBA President, Paul Usoro said ”The decision of NEC is that, to show the displeasure of the body of lawyers with regards to what has happened so far, it has been decided by the NBA NEC that lawyers should go on a two-day boycott of courts nationwide.

”That is from tomorrow, Tuesday Jan. 29 and also Wednesday, Jan. 30, all lawyers should stay away from courts.

”This is to register the discontent of the NBA with the incident that has happened, and the fact that due process was not followed with regards to the matter of the Chief Justice of Nigeria.

”We also stressed the need to emphasise to our colleagues who are in government that they have a responsibility to promote and preserve the rule of law and make sure the principles that our legal profession is founded upon are respected by government.” 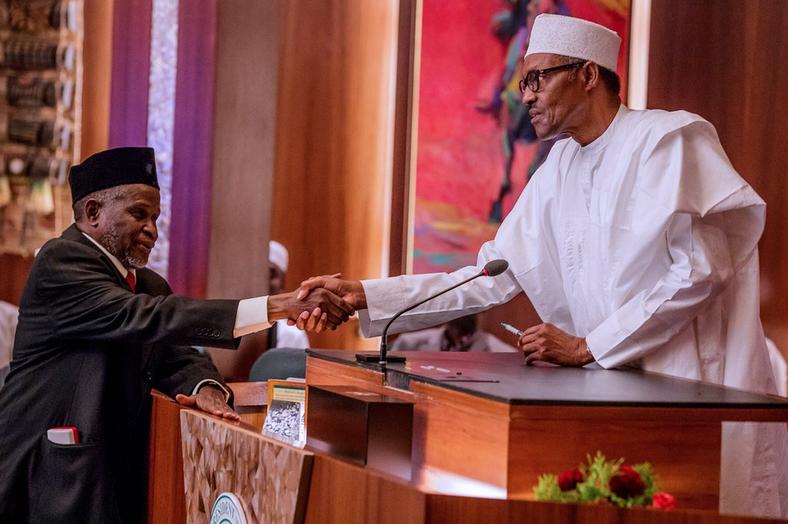 According to the News Agency of Nigeria (NAN), Minister of Information and Culture, Alhaji Lai Mohammed said the threats cannot undermine the course of justice.

60,000 Cameroonians run to Nigeria and here’s why

Photos from the star-studded Nigerian premiere of ‘Queen and Slim’