An article published by the Financial Times on Wednesday, March 6, 2019, thinks so as it rates low Buhari’s first term in government.

To be able to improve the capacity of a resourceful Nigeria, the president was advised about appointing his subordinates based on merits — what they can do as opposed to being adherents. Being able to make a generally appreciated type of impact may mean embracing technology to improve on how things are done in the country the London newspaper notes.

“Mr Buhari’s priority this time must be to set out a coherent agenda, implemented by technocrats rather than ideologues, to turn things round. Nigeria desperately needs to create a level playing field for business in which access to foreign currency, permits and other requirements is both predictable and rational.

“His much vaunted crackdown on corruption must go beyond taking action against a few minor officials. Some big scalps would help. More important still is to implement systematic changes — whether by reforming institutions, using technology or by removing arbitrage opportunities — to create a more transparent environment.

“People should prosper in Nigeria based on what they know and how much value and employment they can create, not by their connections.”

Weeks prior to his re-election as the President of Nigeria, Buhari mounted a strong campaign that listed an improvement in security as some of his top achievements.


Seeing to an end of the herdsmen clashes with farmers may be an avenue to score good points on security.

It was supposed to be an encouragement for voters to consider him over main rival in the People’s Democratic Party (PDP) Atiku Abubakar but he clearly needs to do more in the report by the Financial Times who wants the president to look into the herdsmen crisis which have meant death to farm owners and their communities.

“On security, Mr Buhari’s first term was also less than successful in spite of repeated declarations of victory over Boko Haram. There is credible evidence of a renewed threat in the north-east in the form of a breakaway Islamist group.

“Nigeria’s army remains ill-equipped, both literally and institutionally, to take on such a challenge. Too often, its armed forces — which have committed human rights abuses of their own — have been part of the problem rather than the solution.

“There has been some success in taming insurgency in the oil-rich Delta region, where real grievances about economic exclusion have bubbled over into sabotage of oil installations. But Mr Buhari must do more to offer lasting solutions to the violent clashes between pastoralists and sedentary farmers that have erupted in the country’s central belt and beyond.

“Nigeria should be Africa’s economic motor. Too often it looks more like a country teetering on the edge. In his second presidential term, Mr Buhari has a chance to silence his critics.

“With decent policies and effective implementation, he can stop the rot and lay the basis for a better future. If he can do that, he can yet salvage his reputation. If not, he will go down in history as a general who should have stayed in his barracks.” 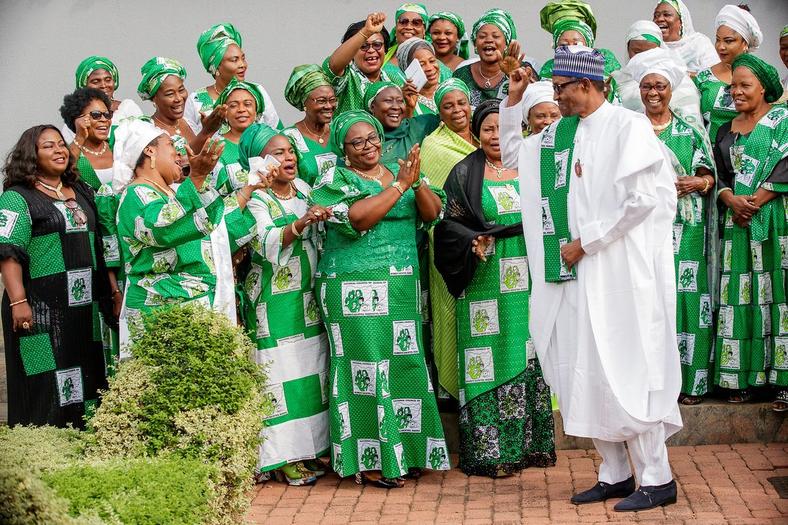 President Muhammadu Buhari is happy to have a number of women in his government as he celebrated them on the International Women’s Day 2019.

In the meantime, President Muhammadu Buhari is interested in inclusiveness in his government.

Celebrating the 2019 International Women’s Day on Friday, March 8, 2019, he noted that the task of building the country is a shared responsibility that must include women who are already taking key roles in his administration.